We are currently building 2 seater Jeeps and Corvettes (mainly) and have enlisted Dr Eric Bubar (our friendly physicist faculty colleague) to try to redesign the big red button so that the switch can be mounted into the steering wheel with a custom 3D printed button. The actual switch costs less than a dollar and the 3D printed housing for the switch we think will cost less than $5. We are trying to get down to under $5 for the ‘button’.

Have any of you tried doing something like this? Would you be interested in talking to Eric and sharing ideas? I am sure he is more than willing to share what he has done so far.

That seems like a really cool idea. If we are 3D printing, we can also get a little more creative about the size and shape of the button. The only drawback is the time it takes to print and assemble. It would probably take at least an hour to print each button, then you would have to assemble it.

Anybody have any thoughts about how to improve the button?

We buy buddy buttons a 100 at a time but they are still very expensive, about $55 each. We are just starting to work with a couple of University’s and will see if they have any idea’s.

I will ask our 3D printing guru for the specs he has on the printed version of the big red button. He reproduced the button and swapped out the actual switch for a cheaper version. I think he has the code and would be willing to share.

We are in the process of doing this now. Were working with some teams in the first network and Blue Water Robotics Alliance to print the button. I’m going to have my robotics guy add this page and you guys can swap ideas! I just said hey makes this better and the kids said no problem.

I’m here !!! Team 5860 with Algonac, MI. As MIKotm mentioned, a few students from our BWARA alliance got together and draw the button in solidworks, then we found out the switch was same than the likit switch in last year KOP.

I will see ifni can get that students from Mecanum Knight #3667 to join in and share what they did.

Hey GoBabyGo folks! I’ve been tinkering in tinkercad to get the button redesign. If anyone’s familiar with it, you can find details the files I have here and tinker as you wish: https://www.tinkercad.com/things/e5DEjGIaHKU-go-baby-go-button/editv2?sharecode=0yQbaZl2QVZrzYtD3VY56hbRnmnbTYHY-sdMCRt8snQ=

I’m also working in fusion 360 to get a more formal redesign. My plan is to use a low cost switch, 3D printed button, spring and 3-4 screws to make a self-contained button that can be attached however you please. If you have requests or ideas, let me know. I’ll integrate everything I can. I should have time this weekend to really hit this hard and get some prototypes finalized.

HI! I do not have access to a 3-D printer, but have made my own button switches out of the cheap push lights, that sell for a buck or two. I take out the switch in it, and add my own. The depth is a little bigger than the big red, but they come in different sizes, which is nice. I will try to include some pictures- getting the new switch placed just right takes some playing, but once you have it right, hot glue gun it in place. Then you have a button switch for under $3.

I am also playing with embedding the red rectangular switches (think the ones in the cheap quads in the handle bar) and putting them in the steering wheel. That way, when a kiddo grabs the steering wheel, it will take off. 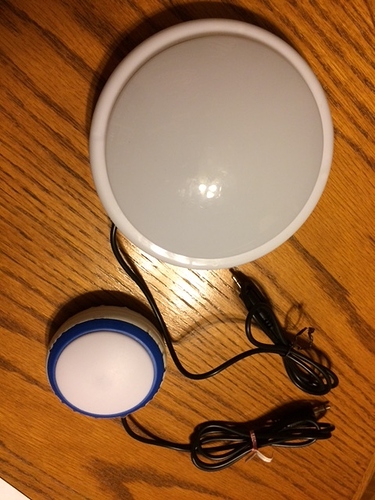 earlywheels, that is a really good idea. I am going to buy some this week to evaluate. Pat wanted them in different colors. Did you ever try to paint one?

We had a volunteer who owned a machine shop and he made us switches out of plastic rod stock on his CNC machine. They were tougher than what we could have gotten by 3D printing. However, they still required more assembly work than we liked, so not yet a perfect solution.

3 D printing is the only way to go, I have a couple of designs that mimic those expensive switches

take a look, if you need to laugh go ahead.
https://drive.google.com/drive/folders/1y0sFjoibplxZGW00JsHArZfYIdsiley5?usp=sharing

The greatest design issue from my standpoint is what snap action switch will I use, and design around it.

I am also seriously considering a redesign, it is a bit clunky. I have been making adapted switches for kid since the 1980’s. In retrospect I have come a long ways

Found these on amazon @$10ea when searching for giant arcade buttons: 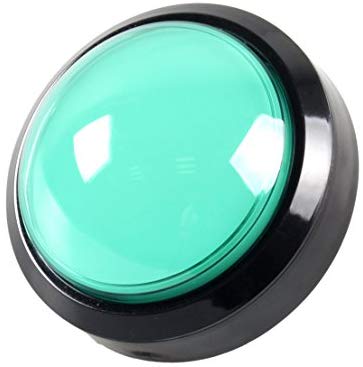 Hi everyone.
We (GbG israel) also have had some difficulty assembling buttons on the cars.

I have made a 3d printed mounts for the “giant arcade button” and a smaller version button.
The mount replaces both the bottom part and the screw part of the buttons so the button is totally flat for easier assembly.
Mount can be assembled easily in two ways.
First there are holes at the bottom for screws , second there are hinges for legs that help overcome the curve in the steering wheel and help with simple assembly.
Take a look at the design.

[https://www.thingiverse.com/thing:3668860]
PS: We have successfully used these mounts in our chapter hope this can help you guys too.
If you guys like i can send you samples so you can test it for your self. 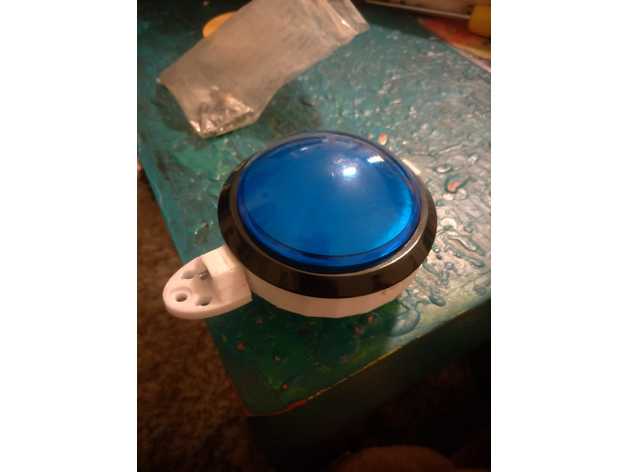